“We are sick to death, we suffragists, of being told by men what we may do, ought to do, what is ‘womanly’."

The women’s suffrage movement came right to Florence’s door in 1907 when Emmeline and Adela Pankhurst spoke at Linthwaite Fold during the Colne Valley by-election. Florence was inspired to help but as a Liberal couldn’t support the WSPU’s anti-Liberal policy and socialist candidate Victor Grayson. Instead she joined more like minded women in the NUWSS.

Newspaper reports show that Florence was an active member of the society, frequently holding meetings and other events at her home Black Rock in Linthwaite. See: Huddersfield NUWSS branch

In 1912 she produced a pamphlet entitled 'The Enfranchisement of Women’ but her most impressive contribution to the movement is her banner designed and created for the Huddersfield branch. For more information please see: Huddersfield's suffragist banner 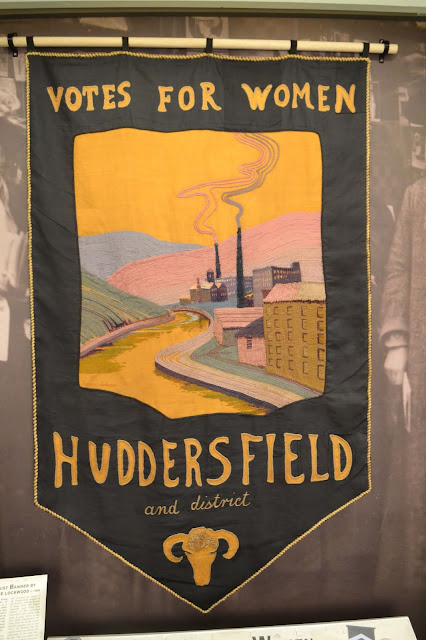 Florence Elizabeth Murray was born in Devonport, Plymouth in 1861, the daughter of a Navy doctor. In 1887 she enrolled at Slade, University College London. Having travelled to the Colne Valley in 1901 to visit her sister, she met local manufacturer and loyal Liberal supporter Josiah Lockwood. A year later they married and Florence moved to Black Rock, Linthwaite.

Her position gave her the time and freedom to be involved in local politics. She became President of the Colne Valley Women’s Liberal Association and was elected Poor Law Guardian for Linthwaite with which she campaigned for women’s issues and a local maternity hospital.

Florence was also a keen artist and became Vice-president of the Huddersfield Arts Society. Two of her watercolours of the Colne Valley are part of the Kirklees Collection (donated in 1933) and can be seen in 'Our Fight for the Voting Right!' at Tolson Museum. She used the same landscape as inspiration for the design of her ‘Votes for Women’ banner donated to Tolson Museum in 1928. See: Huddersfield's suffragist banner.

After the death of Josiah, Florence moved to London in 1924. In 1932 she published her autobiography ‘An Ordinary Life’. This is now held with her diaries of the First World War by  West Yorkshire Archives Service:  http://www.historytoherstory.org.uk/

This afternoon the remains of the late Mrs. Florence Elizabeth Lockwood, formerly well known in the Colne Valley, were cremated at Golders Green, By her death, which occurred at her home, 135, Gloucester Place, London, on Saturday, a link with Liberalism in the Colne Valley and the days when women were striving for the vote has been severed.

Mrs. Lockwood was the widow of Mr. Josiah Lockwood, who was a director of Messrs. Charles Lockwood and Sons, Ltd., woollen manufacturers, Black Rock Mills, Linthwaite, and was in her seventy-sixth year. She was born at Devonport, and spent her early life there. She was the youngest daughter of Dr. Andrew Murray, R.N., who held the position of Deputy-Inspector-General of Hospitals and Fleets. She met Mr. Lockwood casually while on a visit to her sister, Miss Murray, who was formerly matron of the Trinity Street Nursing Home, Huddersfield. She was his second wife. They were married in July, 1902, and lived at Black Rock House, near the mill at Linthwaite, until Mr. Lockwood retired in 1919. Then they removed to Black Rock Farm, where Mr. Lockwood died in 1924. Mrs. Lockwood afterwards left the district for London.

POLITICAL AND SOCIAL WORK - While living in the Colne valley, Mrs. Lockwood took an active part in the political and social life of the district. She was bit a militant suffragette, but was a prominent worker for the cause and was president of the Huddersfield Branch of the national Union of Women's Suffrage Societies. For several years she was president of the Colne Valley Women's Liberal Association ad rallied the women workers for the 1910 election when Dr. Charles Leach (Liberal) unseated Mr. Victor Grayson. She was also president of the Linthwaite branch, and represented the Colne Valley at National Federation meetings; was a member of the old Huddersfield Board of Guardians; president of the new defunct Linthwaite District Nursing Association; and actively interested in the Huddersfield Temperance Society.

AN EMBROIDERED BANNER - Mrs. Lockwood was clever at sketching and painting and did numerous pictures of scenes in the Colne Valley. She was vice-president of the Huddersfield Art Society, and many of her pictures were on view at the annual exhibitions of the Society. She was also expert at needlework, and among her examples of this class of work was an embroidered banner for the Women's Suffrage Society bearing a typical Colne Valley scene and motto, "Votes for Homes." This banner may now be seen at the Ravensknowle Museum.

Some years ago Mrs. Lockwood published a book withe the title, "An Ordinary Life," in which she gave an intimate picture of a Colne Valley manufacturer and of the new world into which she entered on her marriage to Mr. Lockwood.

Artworks in the Kirklees Collection

In 1933, Florence also donated two of the watercolours she had painted of the Colne Valley to Huddersfield Art Gallery. They are currently on display at Tolson Museum as part of the Our Fight for the Voting Right! exhibition.

Suffragists of the NUWSS

Suffragettes of the WSPU 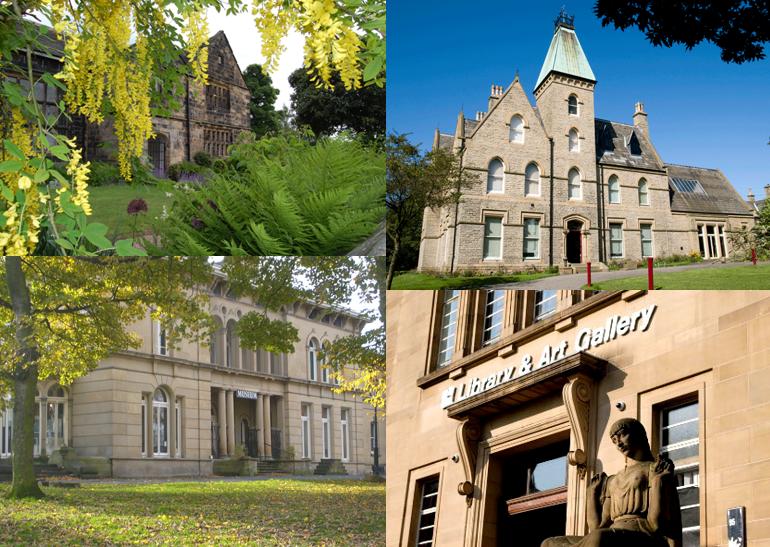 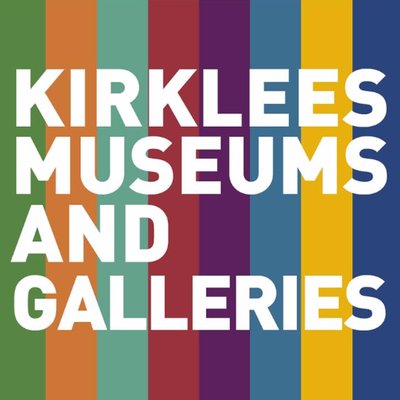 Suffragists of the NUWSS

Suffragettes of the WSPU 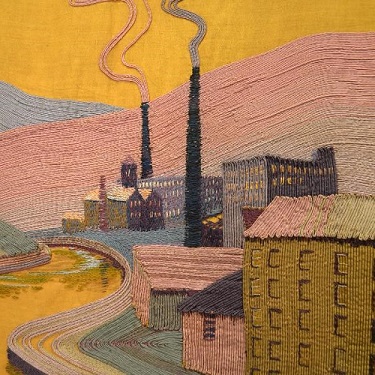